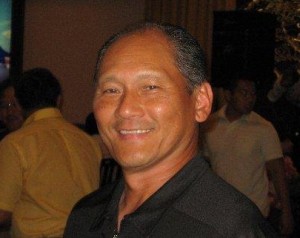 Coach Lee is entering his third season with MB Volleyball having coached the U14s the last two seasons. This is his 53rd year of active involvement in volleyball as a player and as a coach. His playing experience covers 6man volleyball as well as 9man volleyball, a version of the game that was brought over to the U.S. from Taishan, China. The 9man national tournament that is held each Labor Day weekend just finished its 73rd annual competition in Ft. Lauderdale, FL with over 100 mens and womens teams from the U.S. and Canada. Coach Lee’s 9man experience as a player included two national championships with multiple final four appearances and numerous elite eight finishes. Coach Lee’s 6man competitive experience began with intramurals at the University of Maryland (College Park) where his team as Open Division champions won back to back University Championships by first eliminating the Dormitory champions and then beating the Fraternity champions in the Finals. He made the UM USVBA men’s team as a Middle Hitter and Setter but never completed the season due to a knee injury. His other experiences and accomplishments include numerous city and county league championships (mens and co-ed) and playing USAV at the B, BB and Age Group levels.

1)  We win as a team and we lose as a team. There is no finger pointing.

2)  The effort we put out during practice has a correlation to how we will play during game day.

3)  Learning and improving one’s volleyball skills comes at a different pace for all players. Being     patient and providing positive feedback to all players is a must.

4)  There are moments in volleyball when there is neither a right way nor a wrong way. All one can do is try and make the best effort to succeed.

6)  Be respectful to your teammates, to your opponents, to the officials, to the spectators, to coaches  and to your parents 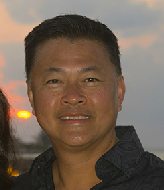 Coach Mai (Clinician and Assistant U15/16)

Coach Mai have over 27 years of experience playing both indoor and beach doubles. He is the founder and president of MB Volleyball. Coach Mai bring a lot of knowledge, enthusiasm and dedication to the club, his main goal is to improve each player by trying different techniques and approach to team systems, hitting, serving, defense and setting. Coach Mai have been developing lesson plans and long term strategy for MS, HS and club teams to create a long term learning process that will improve players skills as well as knowledge of the game. His practices are structured with written daily plans that feeds into a larger, season long objective and goals for his players to aspire to.
Coach Mai have been working under Coach Pat Powers, 2x Olympic Gold Medalist for the past 7 years. He adopts many of Pat’s philosophy and approach with over correction techniques and strategy.

Coach Mai is Impact and Gold Medal Squared certified. He recently worked with major college coaches and programs to enhance his volleyball knowledge of advanced team systems. He is currently working with national programs to bridge players and coaches, 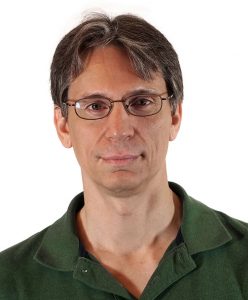 Coach Jansen played rec volleyball in High School and College and continued to play in adult leagues. Last year Skip joined MB Volleyball to assist the program in statistics and practices. We are happy to have Coach Jansen taking on a larger role in assisting out U16 team this year.

Coach Richardson has been with Springfield South County Youth Club recreation for the past six years coaching at the ES, MS, and HS levels.  She has been responsible for creating a competitive Select league within the SYC recreation group challenging the players to work hard, play hard and have fun. Coach Richardson has been developing skills development and practice plans at the team and league level which take into account the player development goals.  Coach Richardson looks forward to joining the MB Volleyball family in enabling players to grow themselves to the next level as an assistant coach.

Last year was a transformative year for our daughter as a volleyball player.  Not only did her technical skills greatly improve,...

It’s been a few years now, but I’m still so grateful for our season with MB Volleyball. We traveled from...

“From the first open gym, the MB coaches gave us a feeling of family and a feeling of strong dedication and positive energy. During the...

Truly a club that values dedication and motivation to its players...